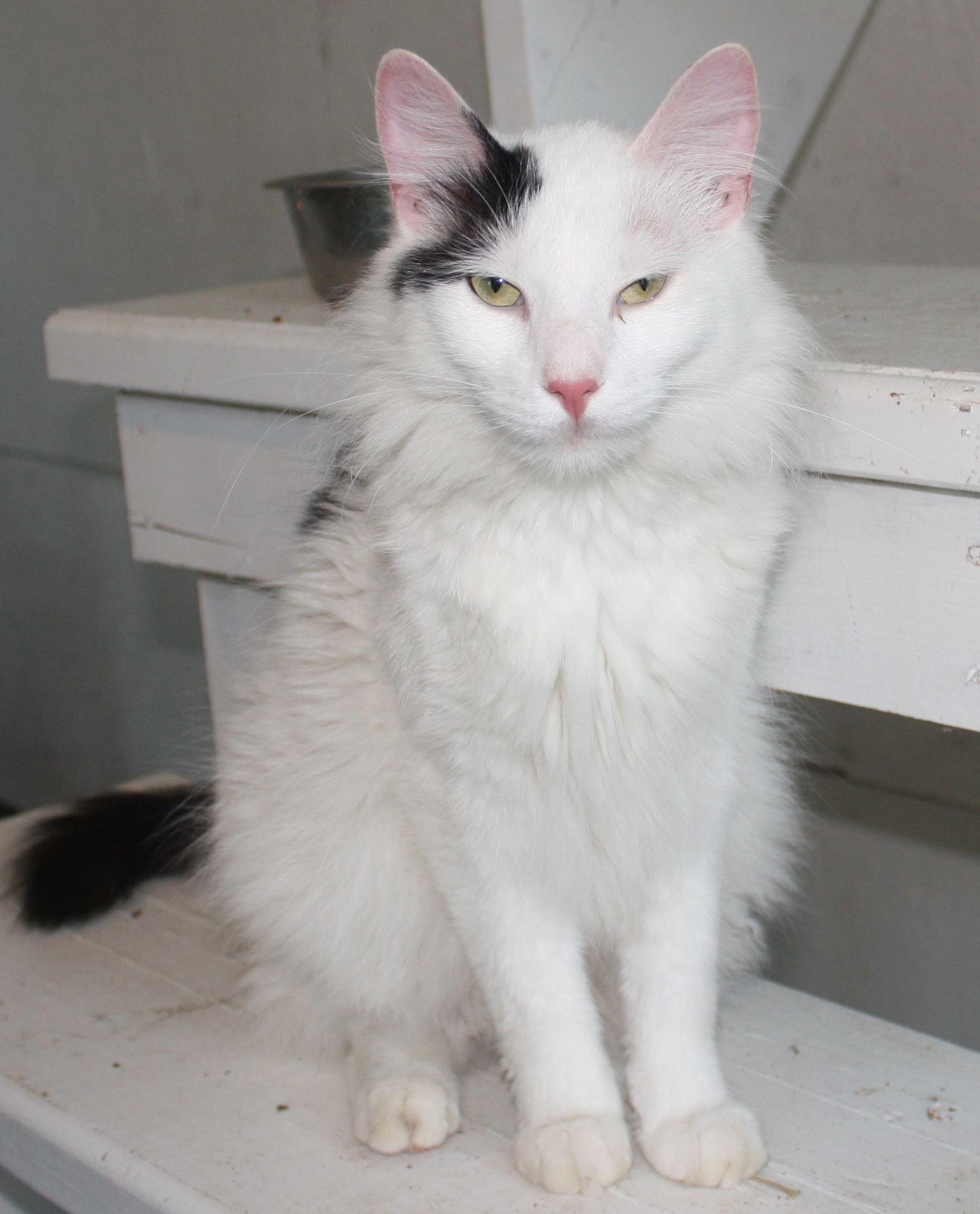 Eddie is a sweet kitty who looked after his brother Franko when they were abandoned on the side of the road. Franko was just a kitten and Eddie was about six months older. They were very vocal and relieved when they got in the car, despite being on the road for what appeared to be a short time. Eddie loves attention. He likes to be brushed and looks good when he is, but doesn’t require much grooming. Both Franko and Eddie made instant friends with Schmitty…and they are the three amigos.  Later Franko had a falling out with Eddie and Schmitty. Partly due to some of his health issues and a reorder of the group. Eddie and Schmitty where adopted together to a great home with two dogs and lots of kids. They are having a ball. (And Franko is okay with the arrangement.)