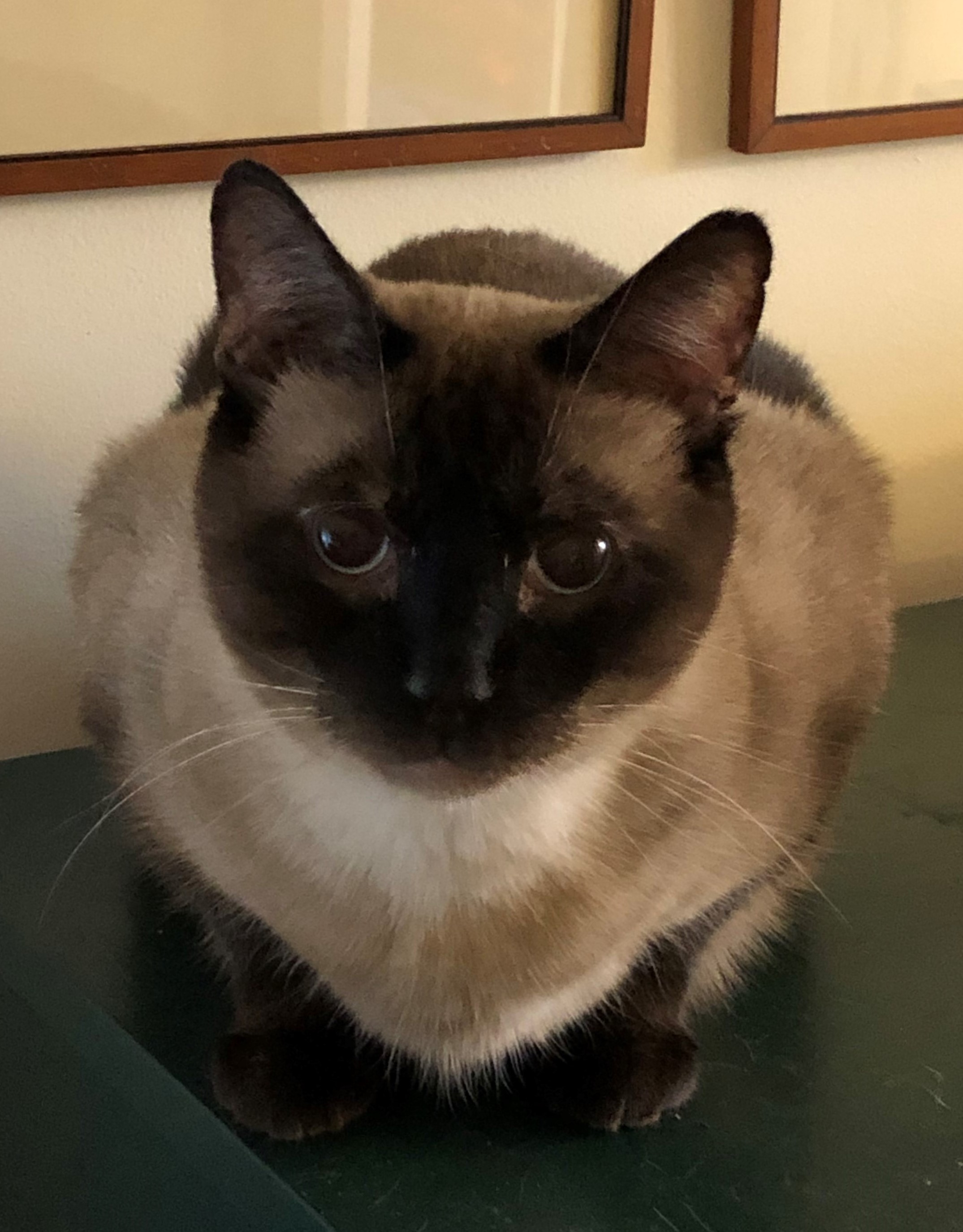 Kitty Thor was hit by a car early one morning on a highway north of Wright City. He was found in the nick of time: He was rushed to the  hospital barely getting him off the pavement before a cement truck coming the other way arrived. He had a broken jaw and a ruptured ear drum. Kitty Thor took about a year to rehab his body and for him to trust his new friends at Dogwood Farm. He was very devoted to Zorro and physically they looked like twins. Zorro died in 2019 of kidney failure and Kitty Thor mentors the new kitties and loves the dogs. He is our resident cat.