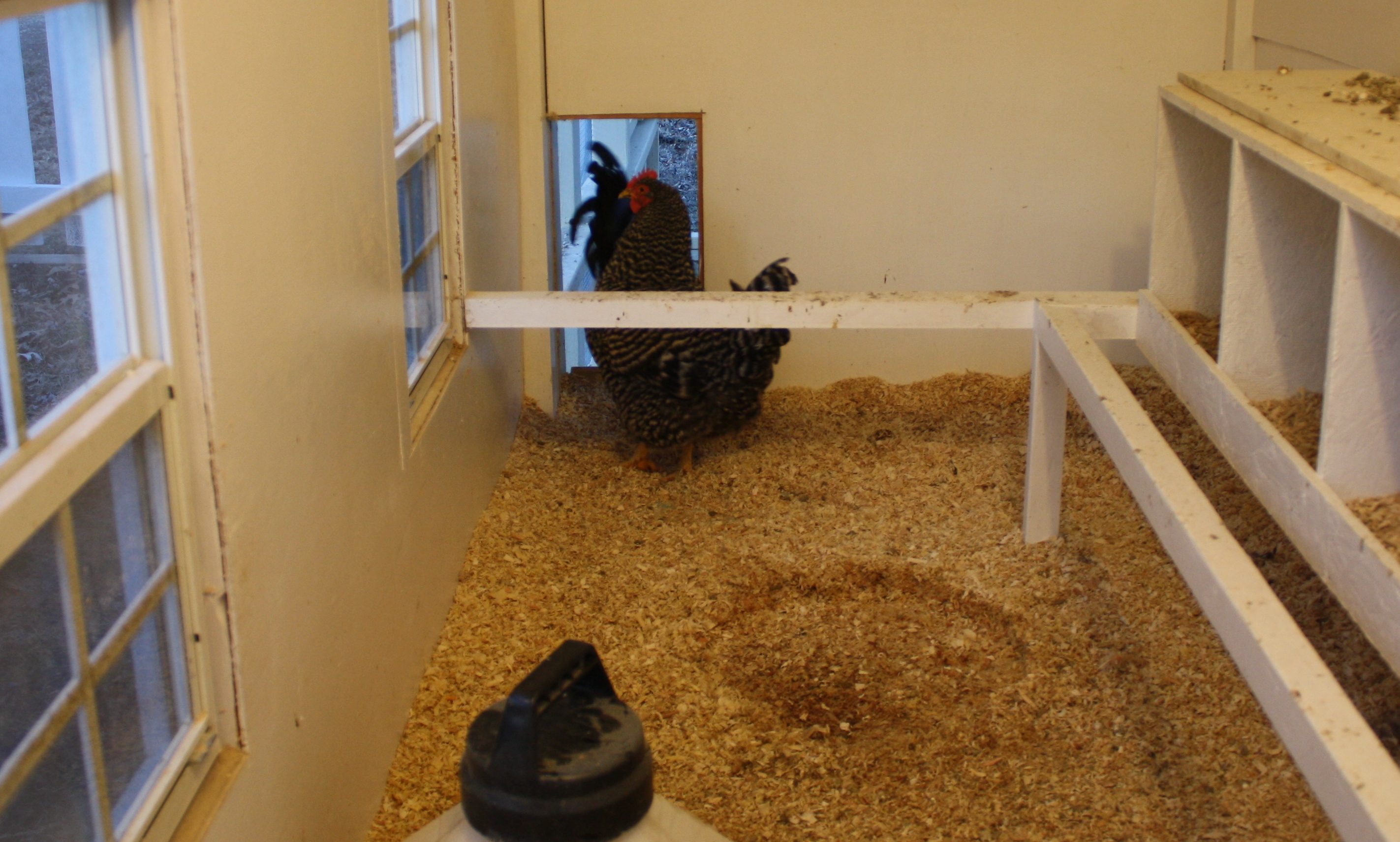 Rocker Chick is a barred Plymouth Rock chicken and the last of two chickens from a rescue in 2010 of several dozen chickens from an abandoned farm. We kept eight hens and found a home for the remaining 24. We already had a rooster and hen. Rocker Chick and some of the other hens didn’t like Chick Lit and we were able to intervene on her behalf and separate her early on. Eventually when fancy-dancy Rooster Ranchero came to Dogwood Farm, we put him with Chick Lit and each group had a rooster. When Rooster Ranger died after a very long life, Rocker Chick and a few girls were without a rooster. Rooster Ranchero moved in with the other girls and Chick Lit didn’t miss him for a second. Now there are just three chickens left with Rocker Chick and Chick Lit probably being about the same age.