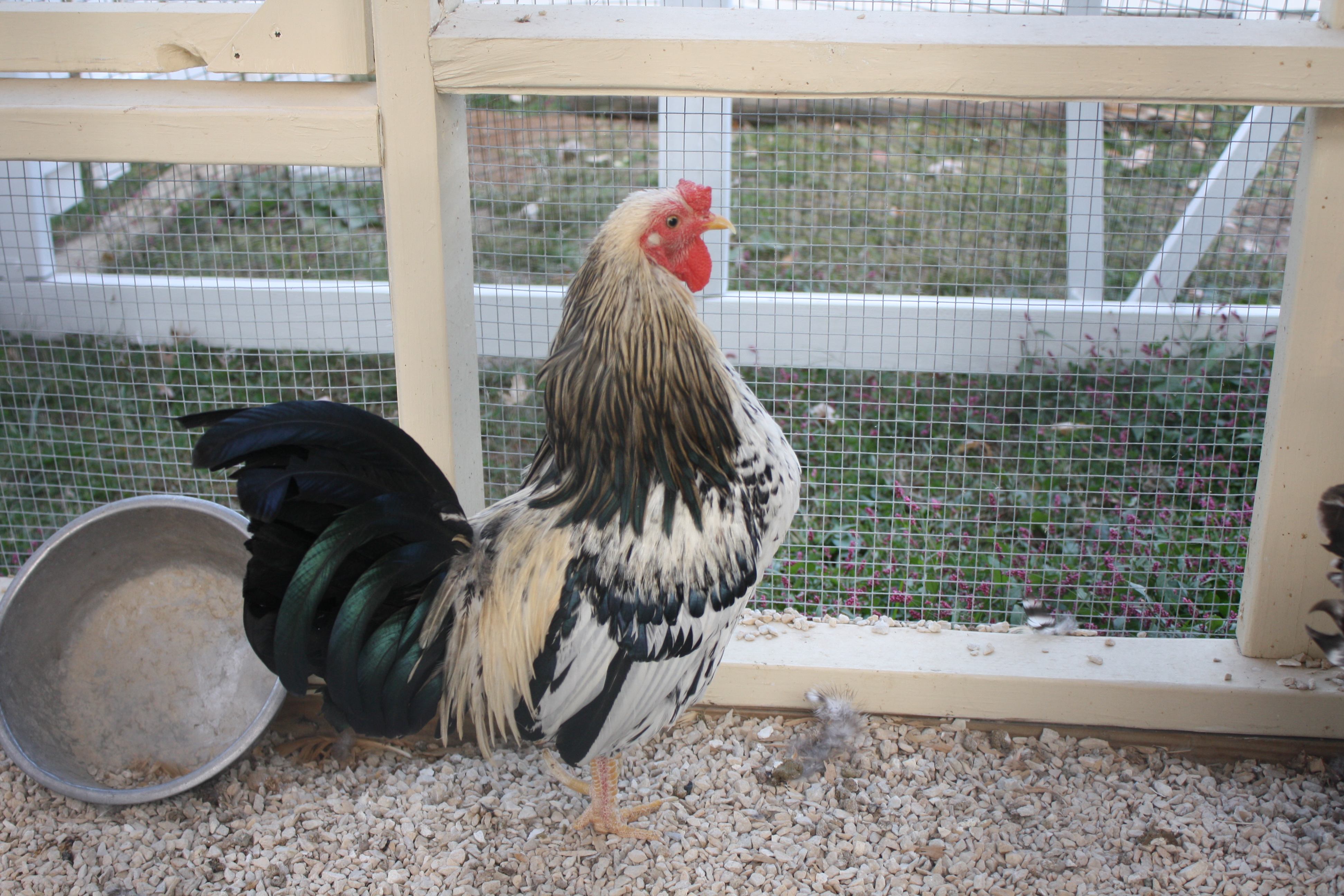 Rooster Ranchero is a colorful fancy guy that was brought to us when his owner died. There were plenty of people who wanted the hens, but no one wanted the rooster. It was either soup or Dogwood Farm Sanctuary for this young rooster. We are glad we got the call. All roosters have their own crow or song that they repeat numerous times a day. Their song is often similar but never identical to other roosters. Rooster Ranchero’s song was almost the same as Rooster Ranger’s but then goes into a weird screech at the end, like he vocally wipes out. Very funny and hard to get used to.