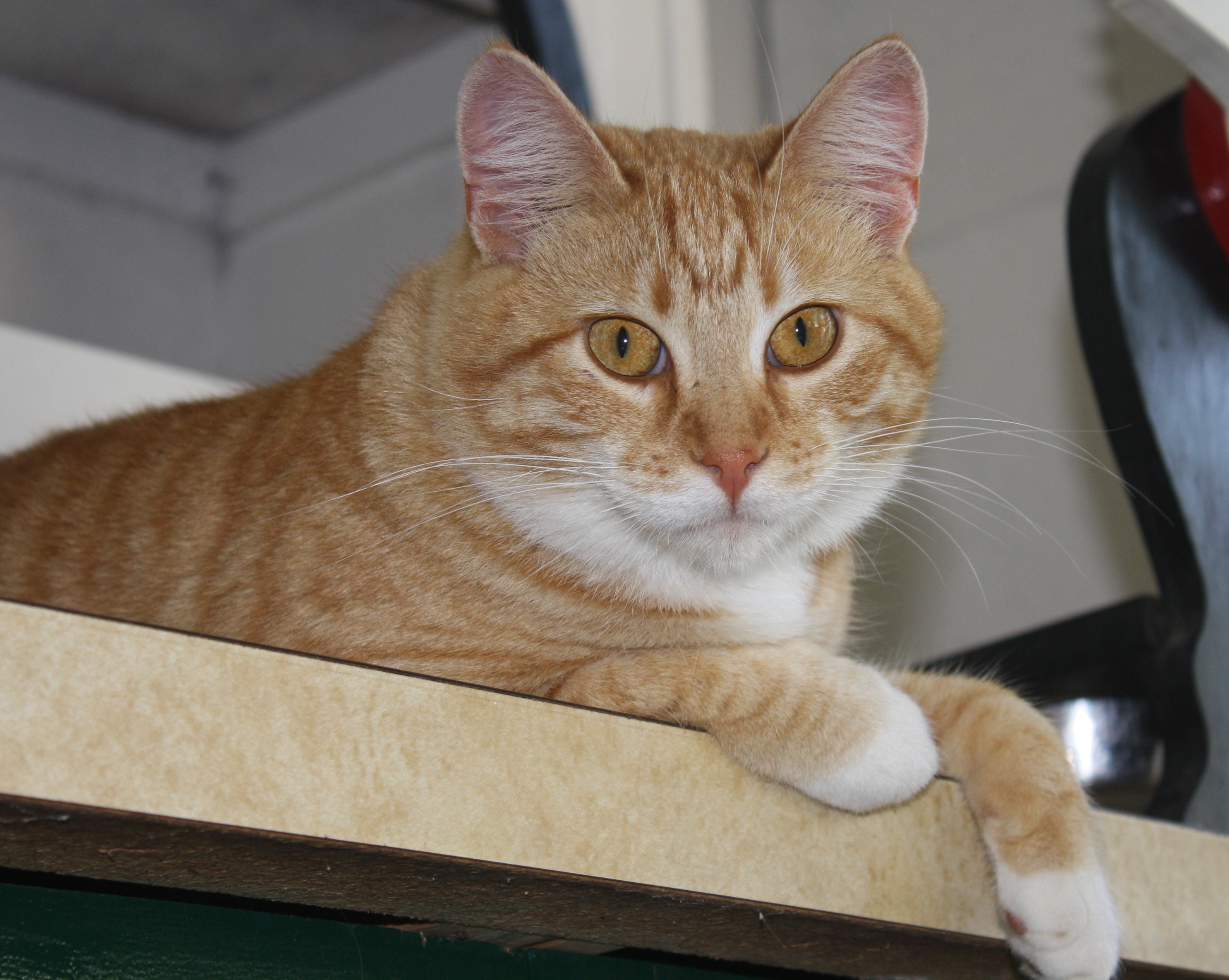 Schmitty has never had a doubt. He is a confident cool cat. He was in the middle of the road with traffic avoiding him on each side as he was trying to eat whatever it was squashed in the road. He slowed traffic down enough so that retrieving him was not difficult. Not having a carrier, I hoped that he would be good in the car ride home and he was. Such a funny and big personality. He is the boss of all cats but does it in a pretty nice way.