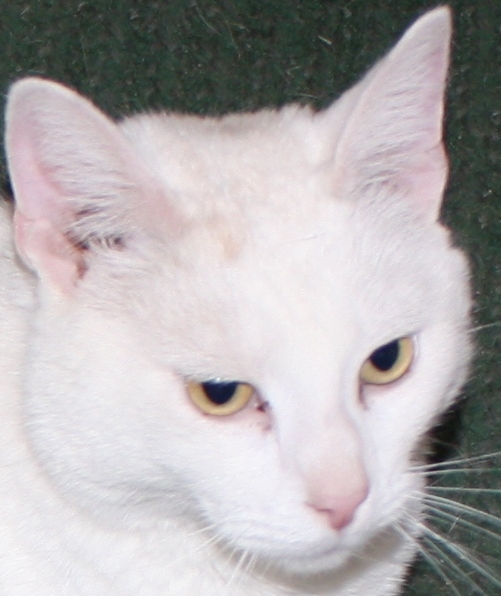 Andrew was named Andrew because he spent two days in the field behind Andrews Academy LSL before we picked him up. Imagine the lack of survival skills an all-white three-legged cat would have if left on his own. We called around to the vets in the area looking for someone who had lost such a cat or had a cat matching that description in their practice. We were unable to locate an owner.

Andrew was with us at Dogwood Farm Sanctuary for about 10 years. He died of complications with a hernia. We took him to the vet school and they postponed surgery and then told us that they couldn’t perform it because of his compromised condition. He was in pain and we humanely euthanized him.