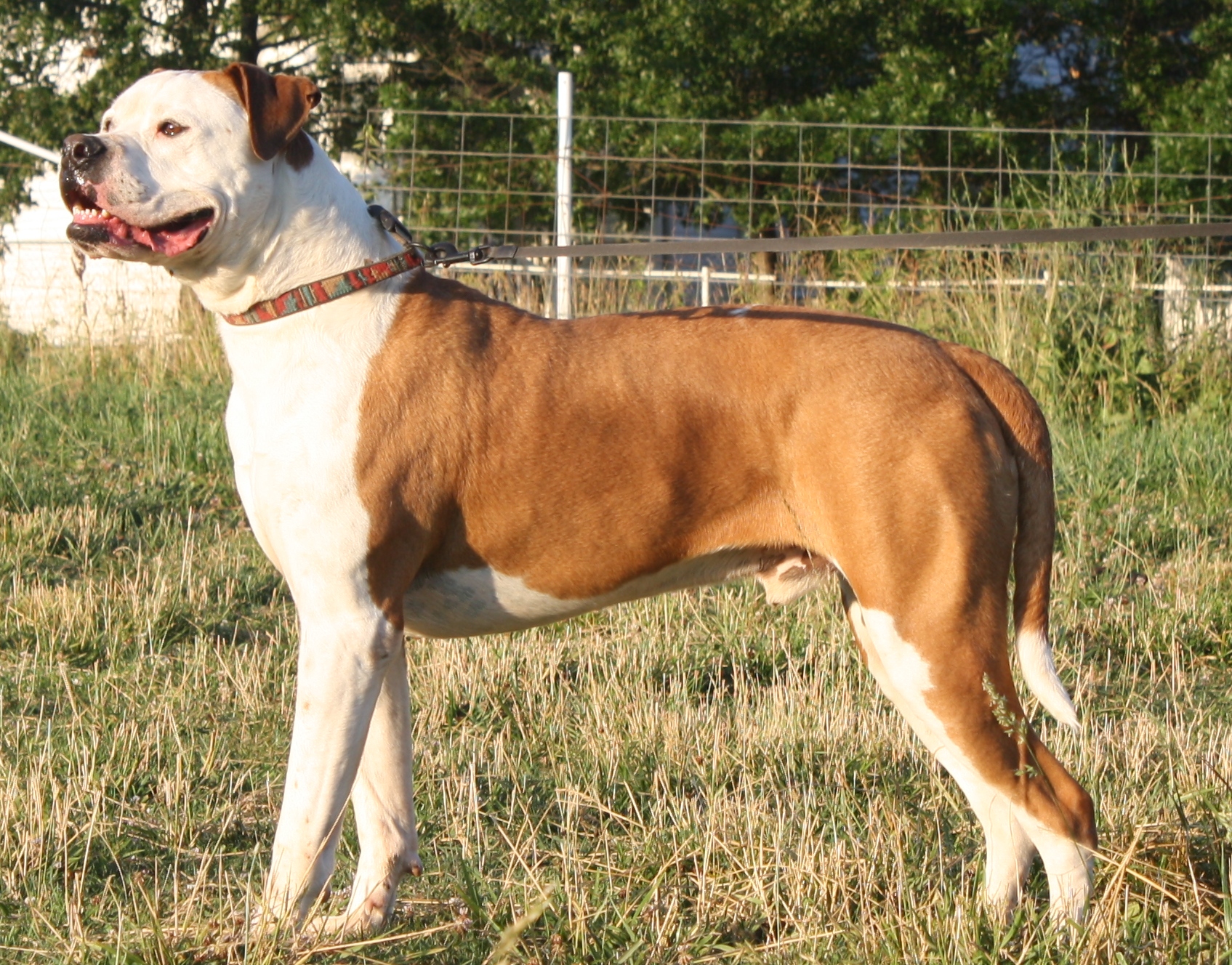 Hercules is not adoptable because he is very possessive of his space and aggressively defends his yard and room. However, he is fine meeting new people if they are in the room prior to him entering. Because of this behavior, we have deemed him unadoptable. He also has a history of ingesting “foreign bodies” and fence fighting with other dogs as well as not getting along with male dogs. He lives with Asha and Lydia, another American bulldog.

After many months of battling cancer, Hercules was in too much pain and we opted to humanely euthanize him.