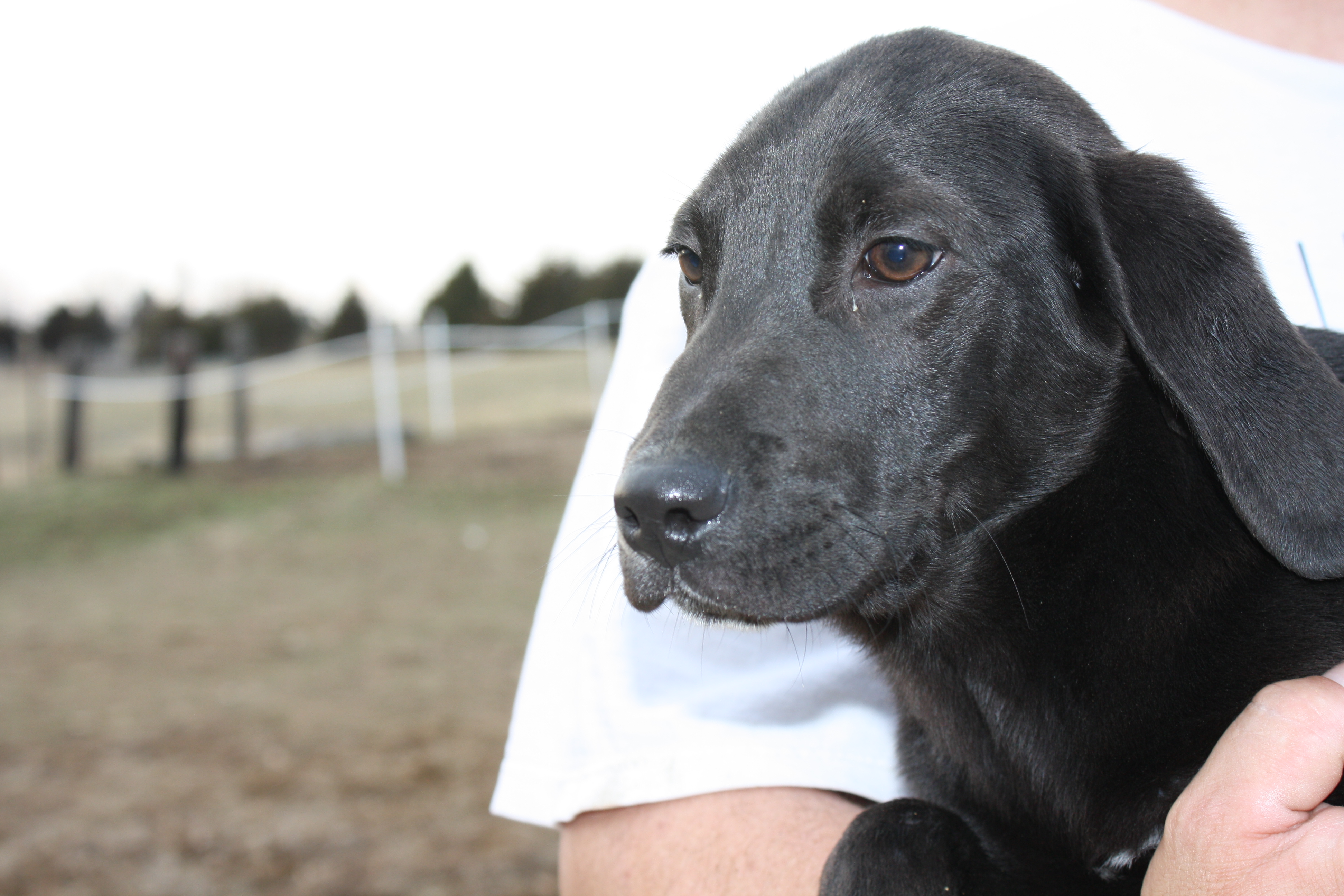 Manny is one in a litter of six that came to us from a hoarder, in addition to two adults. The puppies were 4-5 months old when they arrived all together. None of them had been handled and they were very frightened. Three of the six littermates were adopted, Bella, Bella 2 and Charlie. Henry, Manny’s brother and best friend, died from a heart condition that he was born with. Sister Tilly still lives here. Manny is a Plott hound golden retriever mix and Red Dog is his aunt.

This is a photo of Manny shortly after we rescued him and his siblings. Manny is finally becoming well socialized after many years of profound shyness. In his first few years, Manny underwent a series of surgeries so that he could empty his bladder without complications because of a birth defect.