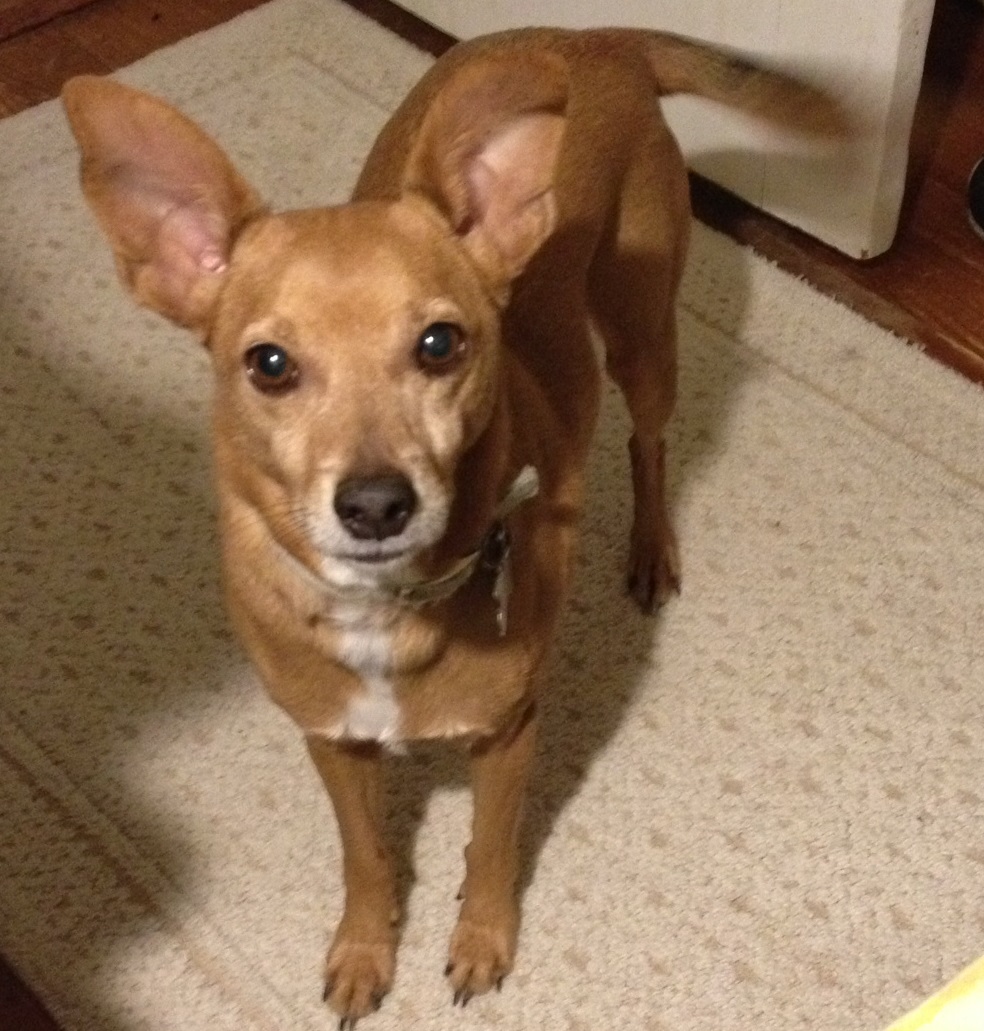 Mister Pedro is coming up on his 7th birthday nord of de border. He was transported somehow from Mexico to Sewanee, Tennessee, where he lived by his wits until he was plucked from the street back in 2009. (We did discuss his disposition with the police and they said that he had been there all summer and no one could catch him.) Pedro lives in the house with the only people he is not terrified of. He says it was the Sinaloa Cartel that scared him…but it could be that he is just a silly Chihuahua mix.