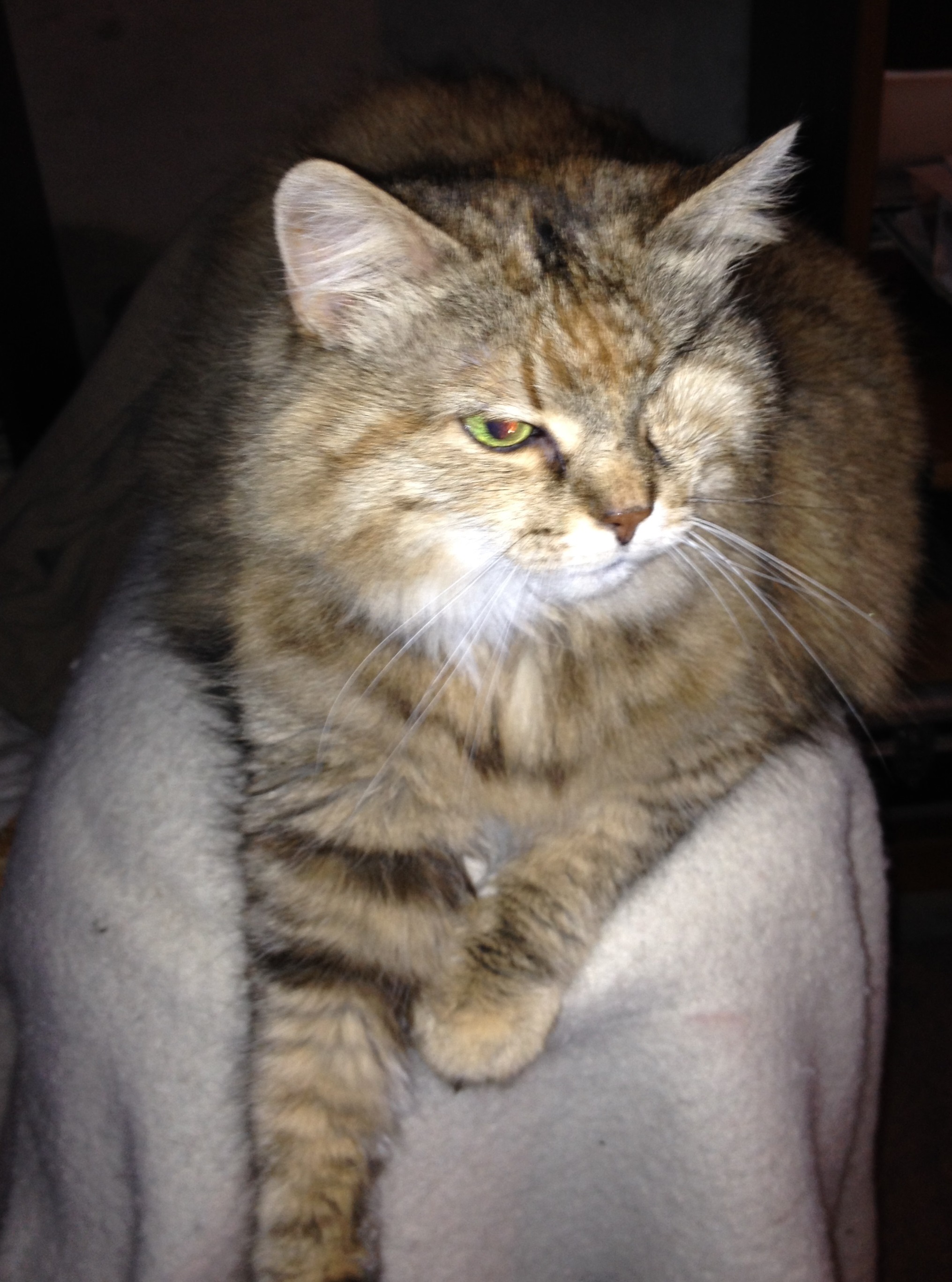 Pirate was named because she has one eye. She did not like other cats or dogs and probably lost her eye in a dispute with one or the other. She came from another rescue and we thought we were a temporary foster. Apparently, there were numerous miscommunications and in the end, she stayed at Dogwood Farm Sanctuary.  As much as she didn’t like other animals, she was very sociable and friendly with humans.

Pirate moved to the barn and lived in the feed room for what turned out to be her last winter. She kept the mice well fed that winter. It’s warm and cozy in the feed room and she had a big window and no disturbances from dogs and cats. Pirate was never a good mouser and the word spread in the mouse community. They even had time to chew a hole in the heavy duty Rubbermaid containers of horse feed. In the spring, we discovered a lump on her neck and we had the vet take a look. It turned out to be a fast acting cancer. We moved her back into the house, and she spent the summer in our cool basement, lounging in front of the windows. Her last few days she started hiding and we knew she wasn’t feeling well. We had her humanely euthanized.